Excerpt from “The Harpist.” Available on Amazon soon…

Malcolm McGarity stubbed out his cigarette just as the young girl quietly let herself out of his hotel room in Paris, France. Today was his 48th birthday, and he was feeling his years. Although still quite handsome for an aging rock star, years of dissipation had taken its toll. His face was lined and his body soft due to lack of exercise but he was not portly or overweight. He just rarely had an appetite.
He told himself he liked the young girls best…25 and under were his preference…and he had no trouble attracting them. Was it because of his money and fame or was it because they reminded him of his youth and made him feel young and desirable again?
If he were Malcolm McGarity, the postman on a frugal income who lived down the lane, would the young girls still be clamoring to be with him? Probably not…they probably wouldn’t look at him twice. He brushed the thought aside, not wanting to think about it.
He made a point to surround himself with those who were twenty years or more younger than himself on his staff and support team. He liked to think they kept him up-to-date and still relevant in the music industry. The truth was, however, that he didn’t want to admit that he wasn’t the young and irresistible man he’d been in his mid-twenties…that he wasn’t the aging postman who lived down the lane.
But as in the past, he never derived a sense of satisfaction from the nameless, faceless, young girls he took to his bed. They were all as one to him despite different sizes, shapes, and colors.
Looking at his life, it was as if he had it all…money as rich as Midas, fame, talent, women, multiple houses, and cars…the list went on and on.
But there was one thing he didn’t have…the one thing he wanted most, and that was the woman he was unable to forget…Brianna. And with her came the one other thing that was lacking in his life…Love. 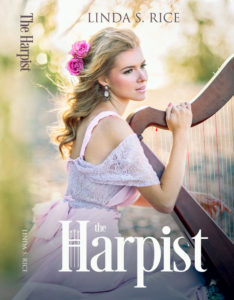